Six times champion Andy Birkett will return to Underberg as the hot favourite to retain his title at the N3TC Drak Challenge in partnership with FNB canoe marathon, and in the process establish himself as the race’s most prolific winner.

That doesn’t enter the mind of the laid back East Londoner, for whom statistics and record books have no relevance. As it stands Birkett has now equalled Ant Stott’s record of six Drak titles, and a win on 1 and 2 February will move Birkett clear at the list of the races champions. 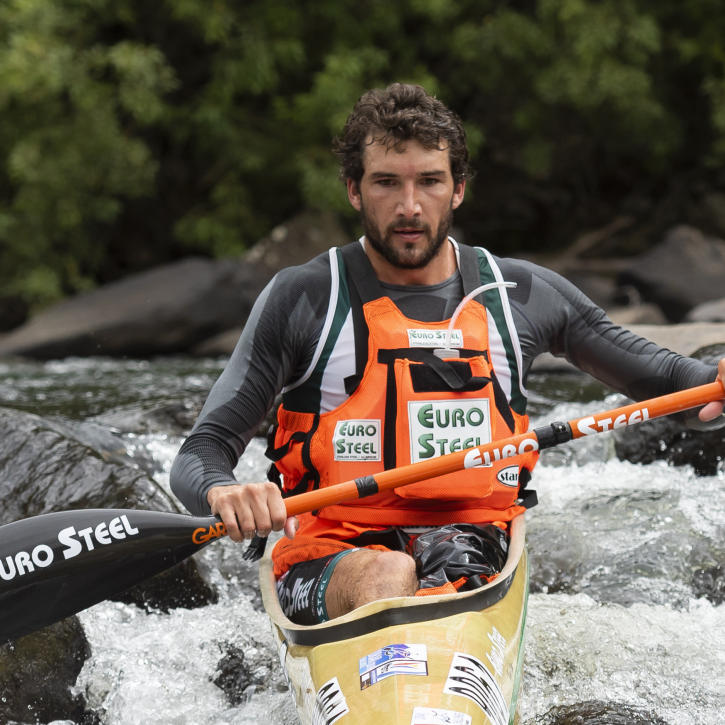 “It is the last thing on my mind!” blurted Birkett, who has won world championship titles in both K1 and K2 to go with his nine Dusi titles.

“Every race is different to me,” he explained. “I love the Drak and I go to that race because I really, really enjoy the river and whole area of Underberg. Look, I will go there to race as hard as I can, but first and foremost I am there to have fun. The numbers don’t count.”

The fact that he shares a record with Stott, who earned the moniker ‘King of the Drak’ for his dominance of the racing on the Mzimkhuklu, is a fact that he deflects with nonchalant and genuine humility.

“I did my first Drak as a Grade 8 at College and at that time I think Ant (Stott) was winning all his Draks,” said Birkett. “But I really don’t have any memories of that at all.

“That’s because I broke the nose off my boat early on in the top section and had to walk all the way to the Trout Hatcheries! It was a nightmare, and scared me away from the Drak for quite a few years,” said Birkett.

Birkett has shown his class on the river, winning six back-to-back titles at the Drak Challenge, ranging from flood conditions to the tricky low water conditions that have prevailed for the last few years.

“The chances of us having a low Drak again this year are almost zero,” said Birkett, who added that he avidly followed the daily updates on the Drak WhatsApp group that posts pictures of the river levels.

“It has been hard, I won’t lie,” said Birkett. “I see pictures of the river up and paddlers having fun, and I want to jump right into my car and drive to Underberg.

“I feel like a little kid again, I am that excited to get to this year’s Drak,” the Team Euro Steel racer said.