The two athletes who finished second in last year’s N3TC Drak Challenge in partnership with FNB, Stew Little and Jenna Ward, signalled their intentions of going one better in 2020 by winning the tough FastDrak race in tough, low water conditions.

The race covers the famous Drak course in one day, with two portages, and is a good indicator of form going into the main event on 1 and 2 February, with many athletes using it as key Dusi Canoe Marathon base training.

Underberg local Little successfully defended his FastDrak title after leading an early break of four K1s, before shrugging off two of the challengers before entering the Underberg Gorge with Dave Evans. 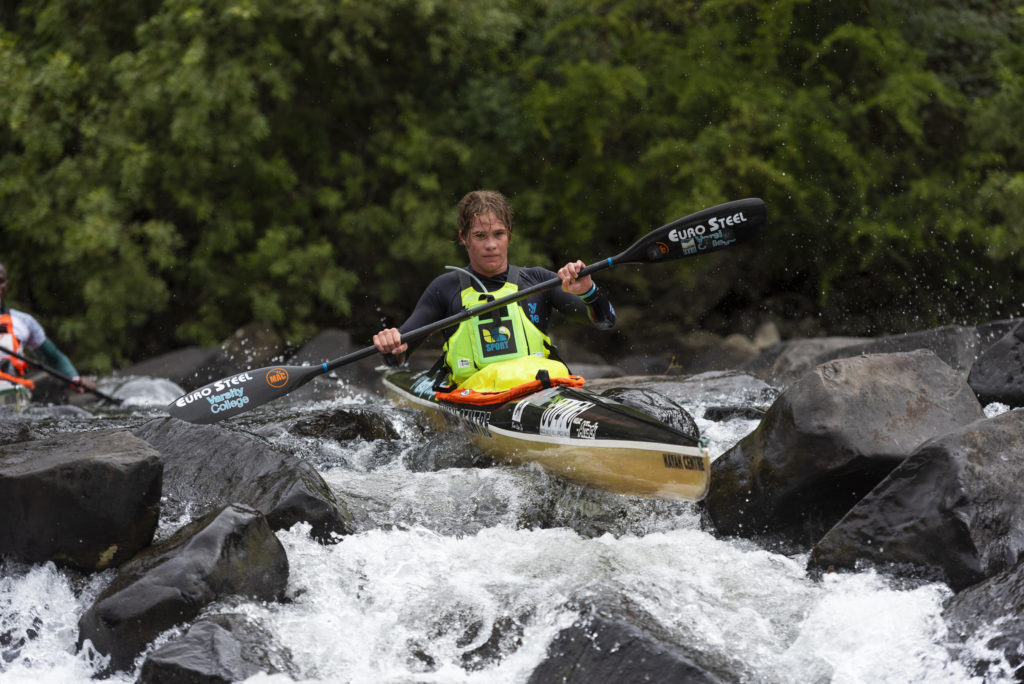 “Dave (Evans) got stuck in one of the rapids in the Gorge and I managed to get away, after which I put my head down and tried to open up as much of a gap as I could,” said the Varsity College student.

While he thrives on fuller rivers, Little was able to use his light weight and thorough knowledge of the river to his advantage and raced away unchallenged to win by six minutes.

“It was tough on the low river but I like the technical stuff so it benefitted me quite a bit,” he pointed out.

Looking ahead at the N3TC Drak Challenge on the first weekend in February Little is conflicted.

“For pure paddling pleasure I would like a full river, but to help my chances of a good result, a low river would be better,” said Little.

Little’s Euro Steel teammate Ward was pleased with her showing on the low river, particularly as she has not been able to race the FastDrak in recent years. 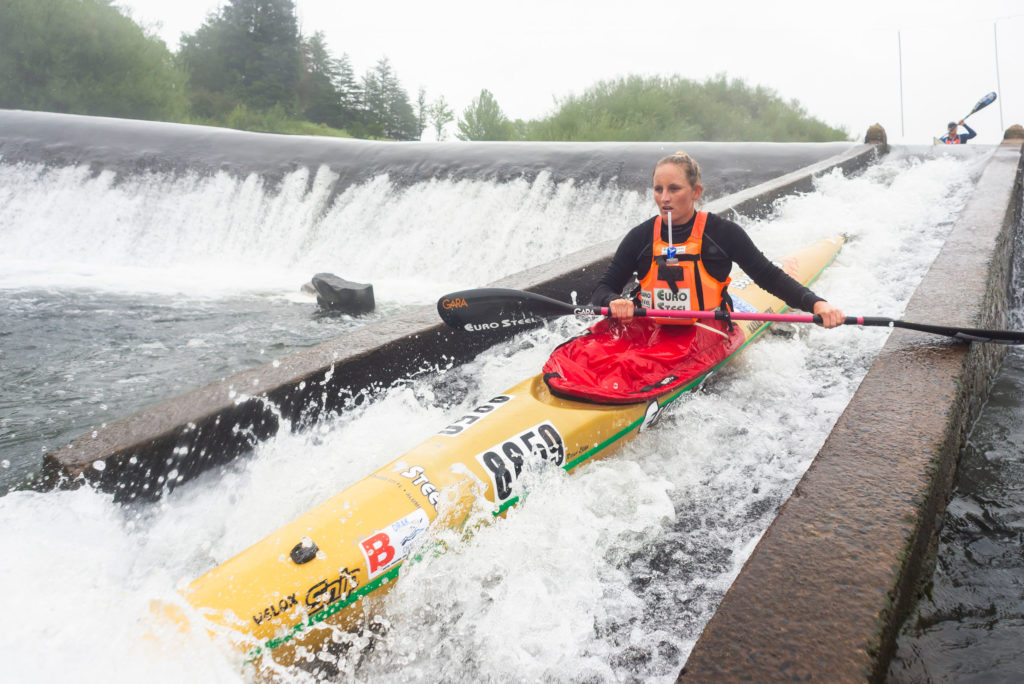 “The water was a bit low for us, but it isn’t anything that we haven’t had to deal with the Drak Challenge in the last two years,” said Ward.

“I was happy to get down the full forty kilometres without getting out of my boat, which was my goal, and I had loads of fun doing that,” she said.

She added that the race gave her a good opportunity to learn the lines down the many rapids ahead of the Drak Challenge.

“The racing is so competitive amongst the women at the Drak that you can get rushed into making silly mistakes, so it was good to be able to enjoy the river and the scenery and not make any mistakes in the rapids,” she said.

Ward looked refreshed and energised after a two month break after her world marathon championships campaign in October.

“I needed it both physically and mentally!” she stressed. “The Drak and Dusi moving later in the season allowed me to take that time off.

“I got back into full training in December. I hope the weather gods bless us with a full river this year, because I would really love to race the Drak from the top this time,” she said.

Tracey Oellerman took the runner-up berth in the women’s race ahead of the determined Epworth schoolgirl Georgina Howard.