Kevin Middleton, Hugh Raw, Anthony van Tonder and Bruce Wenke have each finished the popular two-day, 75km race on the upper Mzimkhulu nineteen times, and while van Tonder has yet to lodge his entry, there will be new members joining the ‘Super Trout’ club next Sunday afternoon.

Last year the trio of Lawrence Blackbeard, Nigel Stevens and Gary Waud drove the membership of the grouping into double figures, and were congratulated at the prize giving by the race record holder Owen Hemmingway, the only person to have finished 25 Draks.

Hemmingway will be in Underberg next weekend for the race, but he won’t be paddling as he is recovering from major shoulder surgery that has sidelined him from his canoe for an entire season. 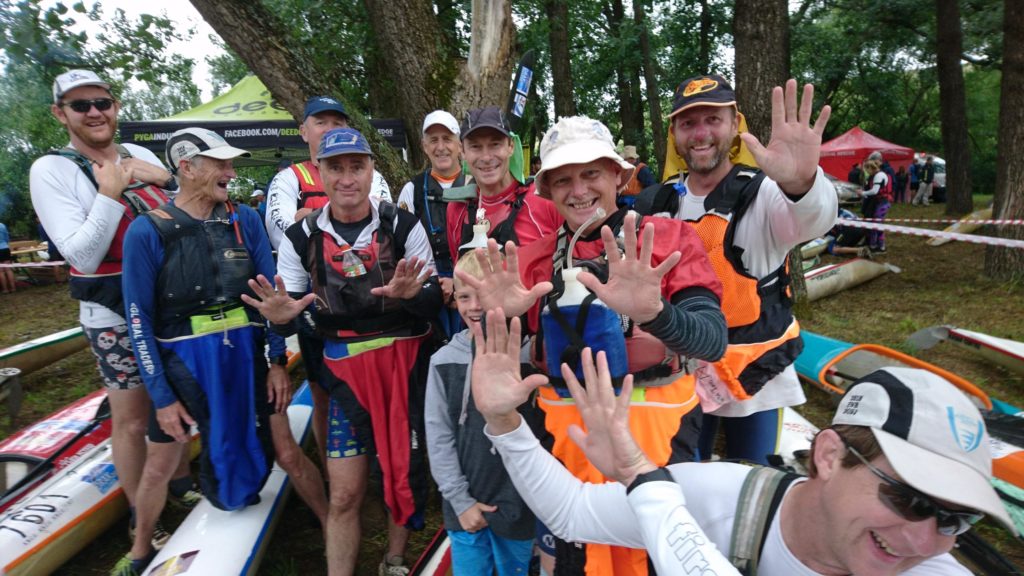 He will instead be enthusiastically supporting his son Ian doing his second Drak. It will be only the second time that Owen Hemmingway has not paddled the 27 year old race.

Kirsten Oliver is the only female paddler in the Super Trout club, with 22 finished to her credit.