After winning the last edition of the N3TC Drak Challenge in partnership with FNB, Durban-based paddling star Jenna Nisbet has set her sights on retaining that title on 29 and 30 January as the start of a wholescale reset of her sporting priorities.

The event was the first major canoeing event to be scrapped under the hard lockdown at the beginning of 2021 and Nisbet, like so many paddlers, is feeling the FOMO-amplified passion to get back to racing on the challenging, clean waters of the uMzimkhulu River.

“These past two years have been really unusual. And while we have been robbed of international events and so many major local races, we have kept training, often without a goal in sight, “ said the Euro Steel racer. 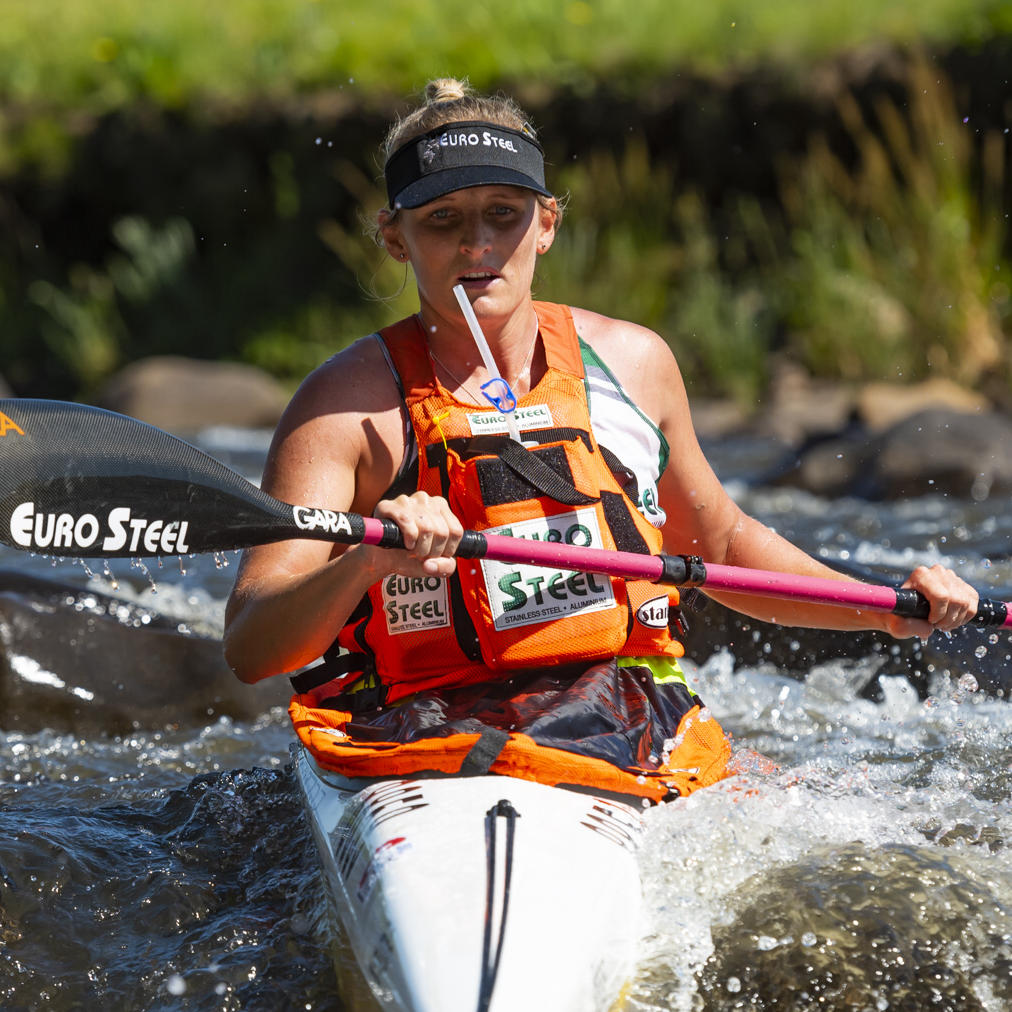 “More than anything I need a mental break as much as I need physical rest, so after the marathon world’s in Romania and the Fish straight after that I have been looking forward to recharging my batteries and then starting the new year with the Drak and then building towards the Dusi the month after that,” said the double Drak women’s title winner.

Nisbet noted that the passionate desire to get back to paddling major events was a global phenomenon, and she anticipates a huge turnout for the popular Underberg classic based on that trend.

“The world’s in Romania had one of its biggest entries ever, and at the Fish the vibe was all about enjoying being back on rivers that we love,” she said.

“The N3TC Drak is more than just another race, it’s the whole package that makes it special and such a good way to start the year off,” she said.

Not that she is expecting to have an easy passage to a possible third title, as the race always attracts the very best female river marathons in the country, and one in particular.

“After the Liebenbergsvlei I am looking forward to lining up with Christie Mackenzie again, I love racing against her!” said Nisbet.

“She has this uncanny ability to bounce back from any mishaps, which makes her such a strong competitor. I remember reading an article before the last Drak in which Christie said on the Drak you simply cannot afford to make a mistake, and you have to beat Jenna!” she noted.

With that in mind, expect to see Nisbet and the rest of her family in Underberg over the end of year holidays as she banks more experience on the tight and technical uMzimkhulu River.

“I think I have done twelve Draks now and I have raced it and tripped it at just about every possible river level, so that experience really comes in handy,” said Nisbet.

Her training and racing schedule is moulded to a large degree by her career as a teacher, so the N3TC Drak falling at the end of the holidays suits Nisbet well.

“I watch the race WhatsApp groups like a hawk and if there is water in the river I don’t need any excuse to get up there and paddle. It’s a great weekend away in this beautiful part of the Berg and a chance to trip and train in this amazing river.”