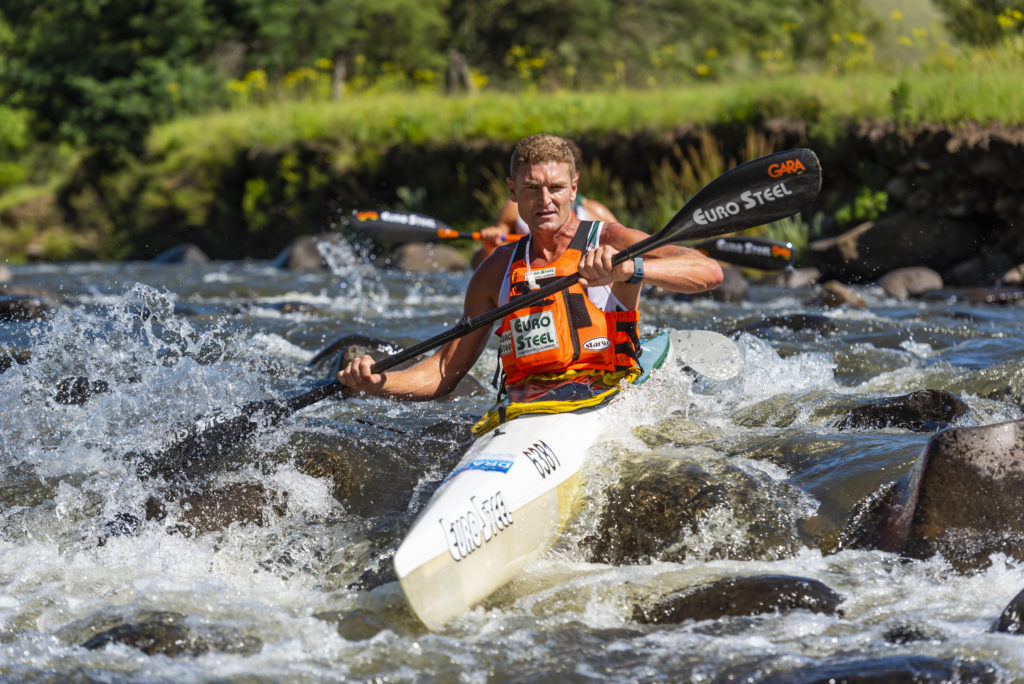 South Africa’s most decorated paddler Hank McGregor has confirmed that he will back to challenge for a fourth title at the N3TC Drak Challenge in partnership with FNB on the weekend of 29 and 30 January, extending his relationship with the race that dates back to the inaugural race in the flood of 1994.

McGregor, now 43, was a youngster and one of the minority of paddlers to finish that dramatic first edition of the two-day race on the uMzimkhulu and went on to win a hat-trick of Drak titles from 2009 to 2011.

He has been a regular feature of the Drak podium, with three wins, six second place finishes and another two third places, and has only twice not made it onto the podium, once as a junior in the first Drak and a rare 14th when he holed his single on a low river in 2019.

“I will be back from the Drak for sure,” said McGregor. “It is one of the races that you just can’t miss.”

McGregor, as one of the heavier paddlers, has struggled in the medium to low water that has characterised the race in the last seven years, and is hoping that 2022’s Drak will see a reversal of that trend.

“There has been really good rain in the Berg this summer so I am holding thumbs for a full river for a change,” he said.

“It is always a great race and I am looking forward to lining up against the best paddlers in the country as normal,” he added. “It is always a competitive race.

“There are always lots of war stories afterwards because it is quite a technical race,” added the Euro Steel ace.

McGregor’s remarkable record at the Drak has established a benchmark for the aspirant elite paddlers, who grade their performance over the two days against McGregor’s times. The short list of paddlers that have been able to win the race when McGregor has been part of the field make no bones about how much they cherish that result.

For McGregor, the Drak, an anchor event of the Drak Adventure Weekend in Underberg at the end of January, is an opportunity to enjoy the many attractions of the Southern Drakensberg with his whole family, and for himself and his wife Pippa, a key last major race before the MyLife Dusi two and a half weeks later.

The N3TC Drak Challenge canoe marathon takes place in Underberg on 29 and 30 January 2022.