As canoeists return to the uMzimkhulu River that runs through Underberg after the onset of the summer rains they will notice several important changes resulting from the ongoing ecological drive to manage problems facing the river ecosystem.

During the winter when the river runs very low, tree fellers have been hard at work in the Underberg Gorge cutting down Black Wattle trees that are alien invaders and spread quickly along the banks of the uMzimkhulu if left unchecked.

“As a rule, trees are not a paddler’s friend,“ said Lloyd Riggien, the chairman of the N3TC Drak Challenge, in partnership with FNB race committee. Trees can block the river and create dangerous strainers, especially when they fall across the river.

“The Black Wattles soak up a great deal of water and rob surrounding vegetation of water they need to survive, so we are continually fighting a war with the Wattles in the uMzimkhulu valley,” he said.

“It is a war that you win by winning each smaller battle,” he explained. “Every year, with the support of our title sponsors N3TC and using proceeds from the race we commission professional tree fellers to tackle a section of the river.

“The Black Wattles are removed, which creates a side industry in fire wood, and the stumps are treated to p 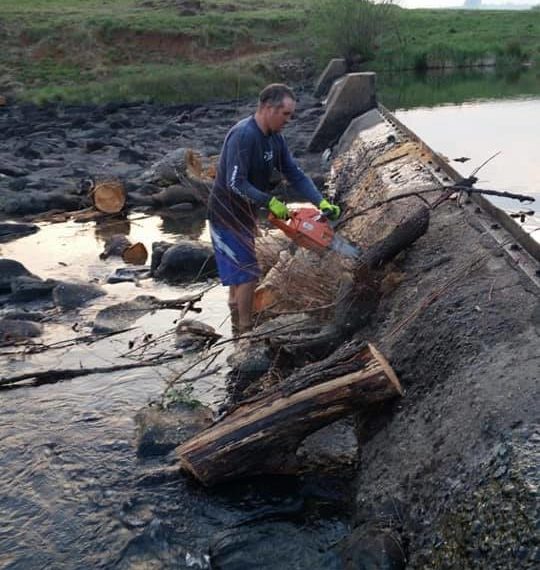 “As paddlers you are quite struck by the sudden impact of this clearing as the river valley is dramatically opened up and the natural vegetation starts to return to the river banks,” said.

“We have moved through the whole of the Valley of a Thousand Rapids at the start of the race, a section that used to be called the Black Forest because the Black Wattle infestation was so bad.” He said.

“Once that was cleared we moved into the Underberg Gorge section down to Callaway, and this winter our team did a great job getting rid of all the Black Wattle at the top of the Gorge.

“Over the years we have spent around R600 000 fighting the Black Wattle, and it feels like we are on top of that problem now,” he said.

He added that his committee and local helpers had also been hard at work during the winter months dealing with new problems that had been identified on the river.

“A very big tree that was washed downriver in the last big rains of last summer was stuck on Taylors Weir, right where the paddlers like to shoot the weir. That’s has been cut up and removed.

“Then we are pleased to have finally removed the rusty, concrete-filled oil drum that was in Tokolosh Rapid at the start of the Underberg Gorge. This was put there by slalom paddlers many years ago to create an artificial eddy, and has been a headache ever since.

“It took a lot of brute force and manual labour to remove, but the paddlers will be really pleased to have that fun rapid returned to its natural flow,” said Riggien.

“As Underberg locals we feel a responsibility to protect and maintain this river, and as paddlers we all have a direct vested interest in it. So channelling money from our sponsors and the club into river clean-ups is an easy decision to take,” he concluded. 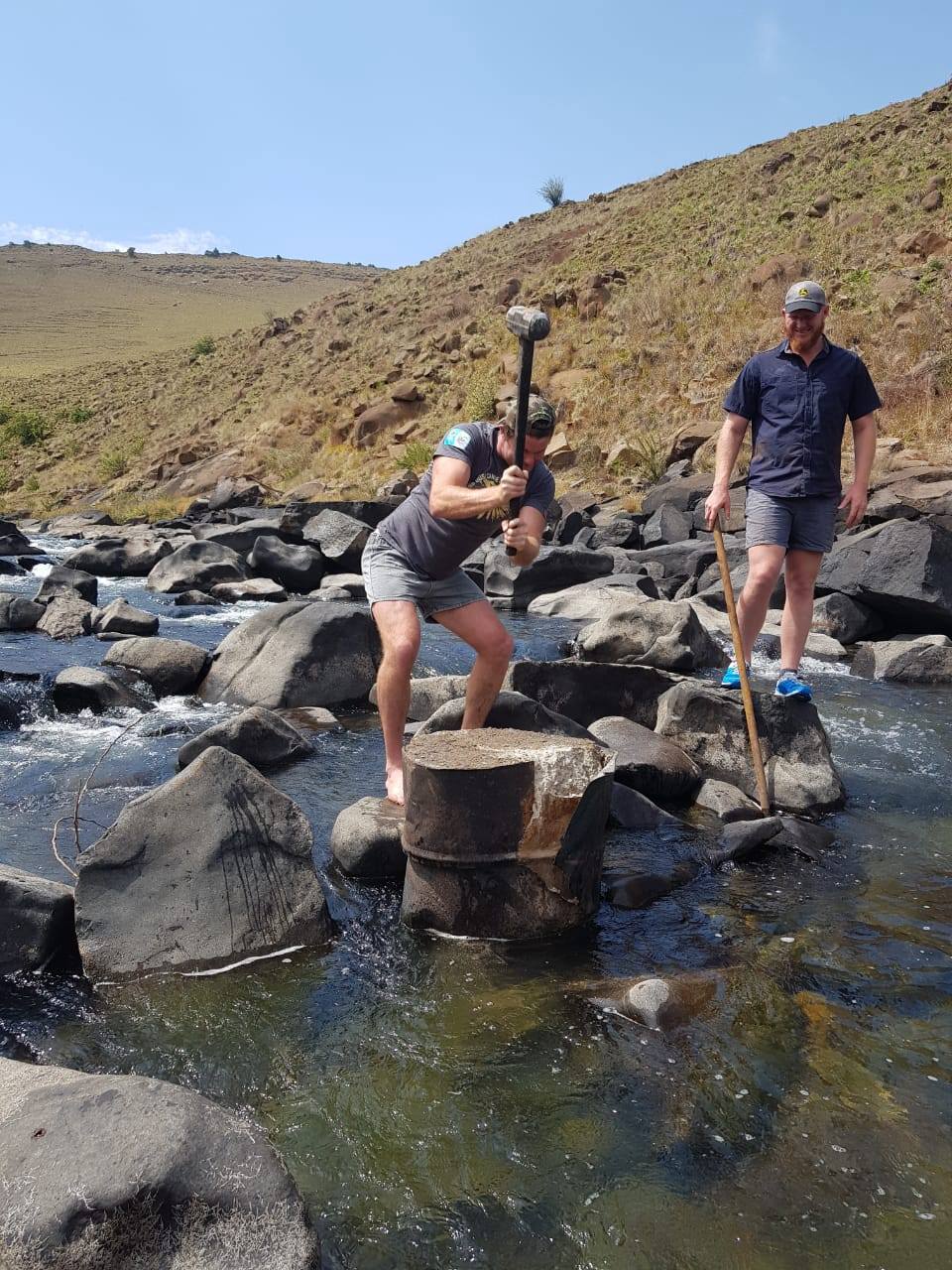