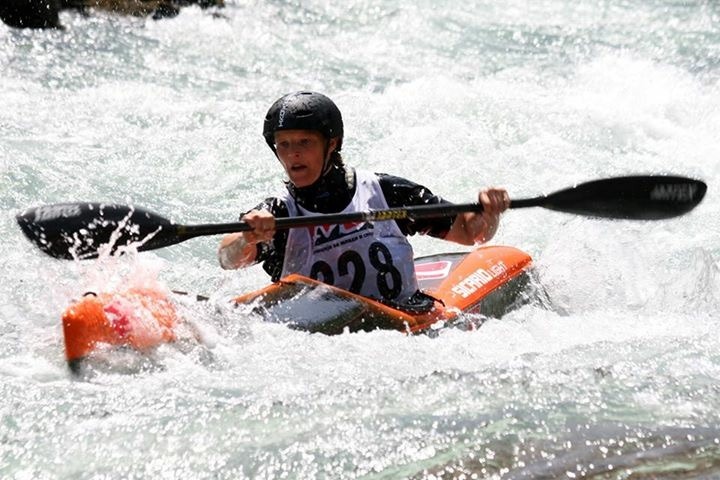 The stakes in the women’s race of the N3TC Drak Challenge canoe marathon on 20 and 21 January have been raised by the news that top Dutch river racer Eef Haase has entered the event.

With seven times winner Abby Solms out of action with her first child due in the New Year, the door is wide one for a new name on the women’s trophy, and Haase’s entry has thrown the cat amongst the pigeons.

The 35 year old from Ohé en Laak in the southern part of the Netherlands heard about the Drak Challenge from fellow Dutch wild water international and club mate Pascal Lucker, and committed to racing the 2018 race.

She is an experience river marathoner, having competed in major European races like the Liffey Descent, Krumlov, Sella and Ardéche Marathon, and medalled in every one of them. Now she says she is ready to take the step up by tackling some of the big races in South Africa.

“I started paddling when I was 12 years old,” says Haaze. “I paddled on a holiday and I enjoyed it a lot. This made me look for a kayak club in my hometown where I started to train for flatwater races.

“I moved to the south of the Netherlands and now I live 800 meters from a nice river with some small weirs and that is how I started downriver racing and paddling river marathons. Now I am really in love with this part of the sport,” said Haaze.

“I am enjoying the environment and atmosphere but mostly I like paddling the weirs. I am often still a bit afraid but I get an intense feeling of happiness when I paddle safely over a weir,” she says.

Haase has given herself a few days to get to grips with the river before the race and plans to take full advantage of the locals offers to take her on escorted trips down the uMzimkhulu to familiarise herself with the 62km two-day course before raceday.