Despite a love-affair that goes back decades, the Umzimkhulu River and Christie Mackenzie have yet to sync up in the elite women’s race over the two days of the N3TC Drak Challenge, in partnership with FNB, which gets underway on 30 January.

The young Varsity College/Euro Steel star, who claimed her first major K1 marathon scalp when she won the MyLife Dusi Canoe Marathon in 2019, cut her teeth on the waters of the Southern Drakensberg as a junior and wants to try and push for ultimate honours at Underberg’s classic. 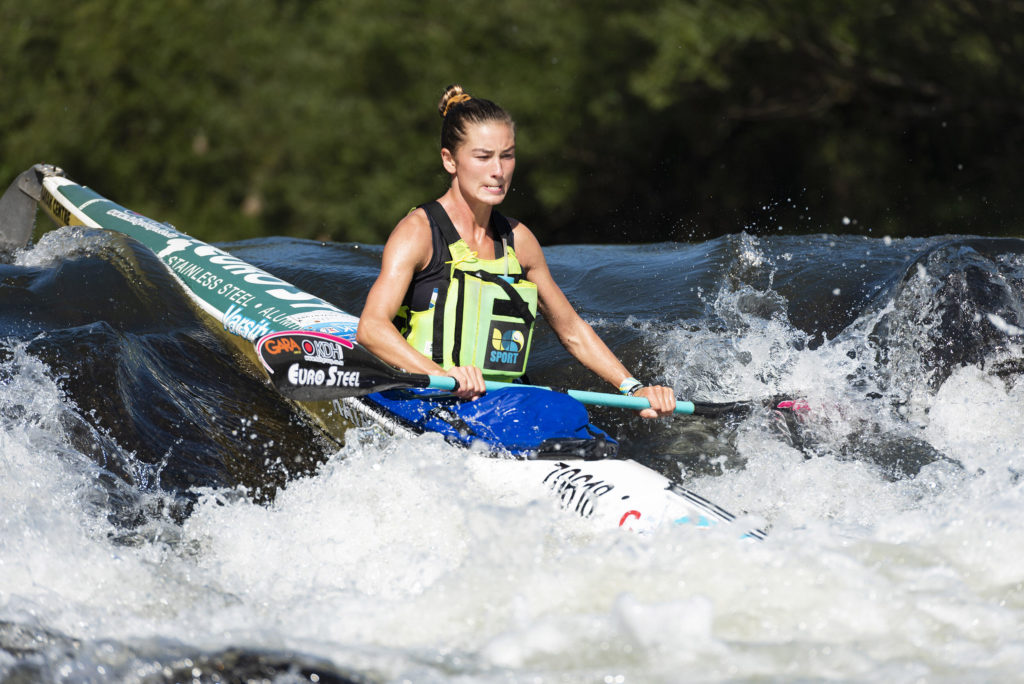 For Mackenzie she feels that her issues on the 63km stretch of river is her own mind as she tries to change her tactics going into 2021’s edition of the race.

“I always feel that I have to just race my own race and try and concentrate on myself,” Mackenzie said. “I can get quite flustered on race day and despite the fact that I am good at dealing with problems when they arise I want to avoid those problems.

“A race like the Drak you need to minimise mistakes and we see in the girls that have won the race in the past that they make the fewest mistakes.”

Heading into the 2021 Drak Challenge Mackenzie is going to make sure that she has not left a stone unturned when it comes to preparation.

“I feel like with lockdown my running is in a better place than my paddling at the moment but I am going to try and get as much tripping in on the river in the build up to the race.

“If I can limit the mistakes then I am going to be in a much better position during the race.

“Speed is always something that I need to work on so that will be another focus for me,” she added.

Recently Jenna Ward has become the new Drak champion following Abby Solms’ break from paddling and Mackenzie knows that Ward’s approach is something that needs to be replicated.

“Jenna will be the one to beat again next year because she makes very few mistakes on the river and knows her lines through the rapids really well.

“We all know how strong she is on the water so it’s important that I am paddling well by the time we start the Drak,” Mackenzie added.

It’s a race that many paddlers never compromise on and for Mackenzie given her relationship with Underberg she also pen’s it into her calendar as soon as dates are announced.

“It’s always an awesome vibe with clean water and an awesome sense of community around the event which makes it a must-do for so many paddlers.

“The water levels can make it a tough race but it’s such a fun weekend to spend with friends and family.”