Eleven times world champion Hank McGregor rattled the cages of the aspirant paddlers training for the N3TC Drak Challenge in partnership with FNB at the end of January by winning the annual FastDrak on Wednesday.

While he has won the race twice before, it has not been part of his December routine for a number of years, and when he arrived at the start, the veteran Euro Steel racer quickly found himself locked in a scrap with a number of the sport’s young stars.

“It was a last minute decision,” admitted McGregor. “Since the beaches were all closed my wife Pippa and I decided to make the trip up to Underberg.”

The race, which aims to cover the Drak Challenge two-day route in a single outing, was shortened to start at the Trout Hatcheries as the water in upper reaches of the uMzimkhulu was too low to paddle, but good water flowing into the river further down, made for good paddling conditions.

“The water level wasn’t super-high but it was definitely fuller than it has been for the last couple of Draks,” said McGregor.

McGregor found himself at the centre of a four-boat scrap with Underberg local Scott Little, Mooi River racer Alan Houston and Dave Evans.

As they entered the Underberg Gorge, McGregor agitated the four-paddler lead group by upping the pace, and Houston dropped off the bunch.

Little was the next casualty as he was dropped off the bunch just before Glenhaven rapid, leaving Under 23 Evans to scrap it out on the flatter section into the final gorge above the finish at Umzimkhulu River Lodge.

McGregor did his best to disguise the fact that he had sliced a gash in the bottom of his kayak in the Gorge while trying to get past Little, and had to contend with taking on water for the remainder of the race.

“I was limping with a boat full of water for the last 25 kilometres!” admitted McGregor. “That’s the Drak. You can never expect to have a clean race.” 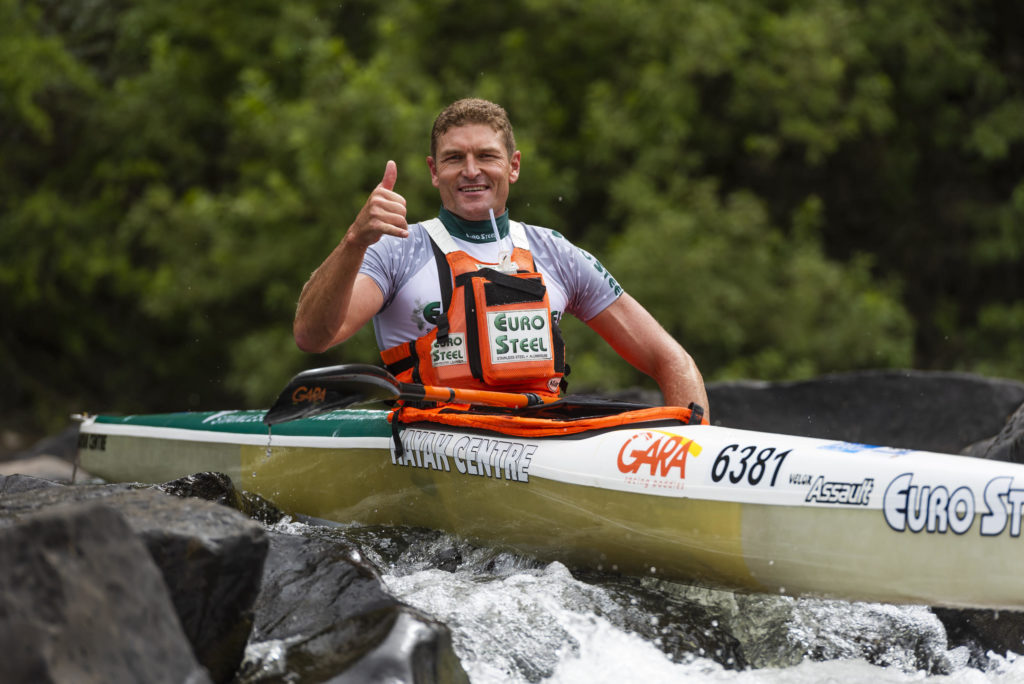 “I am really stoked to take the win and finish this crazy 2020 season off on a high note,” he added.

McGregor has been kept off the top step of the podium at the N3TC Drak Challenge by Andy Birkett, who has won the race every year since 2014, but on his current showing, he can be taken as a serious contender for a fourth Drak title at the end of January.

Michelle Burn sounded a warning to the female stars when she took the women’s title ahead of Bridgitte Hartley and junior Saskia Hockly, starting the chins wagging about her plans to target the Drak women’s podium.

The N3TC Drak Challenge canoe marathon takes place in Underberg on 30 and 31 January 2021. More information can be found at www.drakadventure.co.za